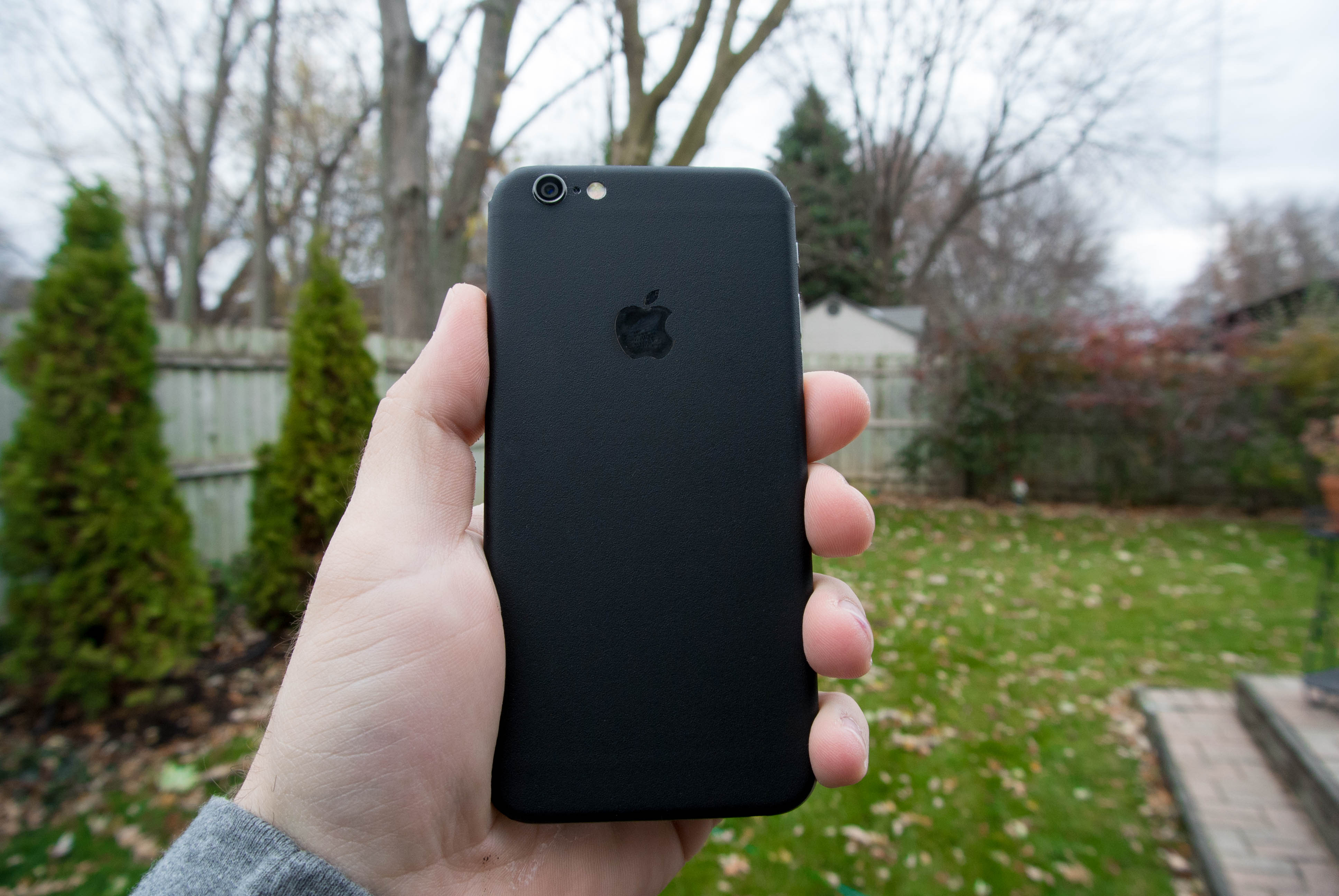 I don't like to use cases on my phones. Never have and I didn't think I ever would. Knock on wood, but I've never dropped a smartphone I've owned. That's quite an accomplishment when you consider that I had the iPhone 4, which was a slippery slab of glass on both sides, and the HTC One M8, widely considered to be the most slippery Android flagship phone of 2014. I also can't stand extra bulk on my phones. What good is if for Apple to make a phone that is 7mm thick if you're just going to throw an OtterBox on it?

But now I have an iPhone 6, and honestly, it's the most slippery phone I have ever owned. Even after a few weeks with it, I still feel a little uncomfortable using it without a case. I got this case mostly out of fear, and it's actually very nice. It adds a little more bulk than I'd like, but it does feel really premium. If this was the real exterior of the iPhone, I'd say it was pretty great. After using it for a bit, I once again got frustrated with having a case, which is how I found myself browsing the dbrand website.

dbrand has a bunch of different styles of skins to choose from. You can go crazy and make your device looks very bold, but I chose the more subtle route and got the matte black for the back of the phone. I was hoping that the skin would do two things:

I'm happy to say that the matte black dbrand skin succeeds on both fronts!

The phone is definitely grippier. While it's not as sticky as one of those rubber cases, it does give it enough grip that I can easily pick it up off a flat surface and not slide itself off a couch arm. It's also not too grippy, still sliding into my pocket with ease. I love how the phone feels in my hand. It absolutely still feels like a premium device.

As far as giving me a real black iPhone, it's a win, but I have a few reservations. 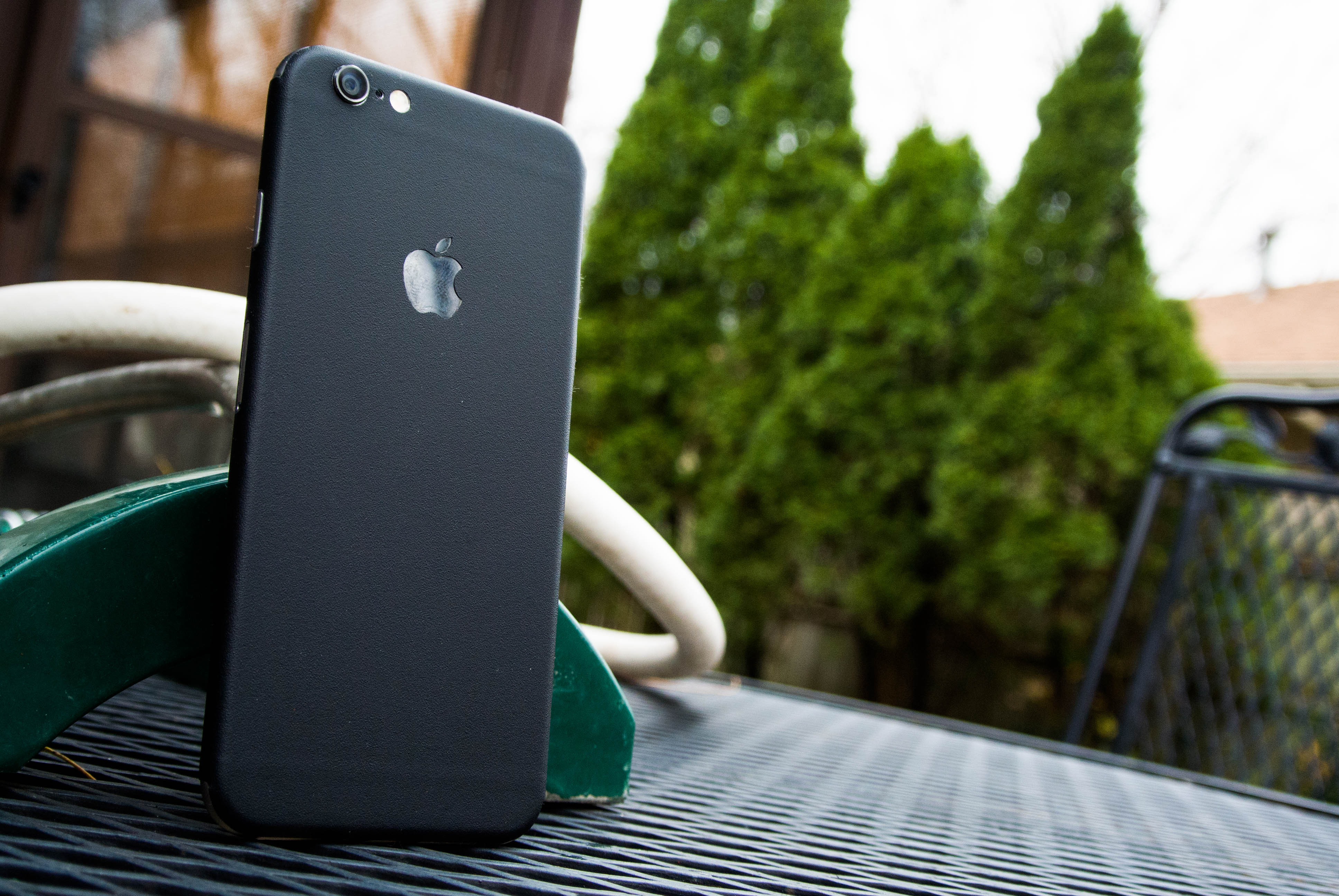 As you can see, the case looks pretty sharp. I have to give them credit, this looks very much like it's part of the phone and not a cheap aftermarket addition. The installation was a little tricky, since in order to get a skin this perfect, they had to make all the button cutouts very small. That means you have to be very careful when installing the skin. The process only takes a few minutes, but it took me about 20 tries to line up the guides as as well as I could before getting one I was happy with. Even though I thought I had done it perfectly, I was a little off and got a bit of overlap on the mute switch. 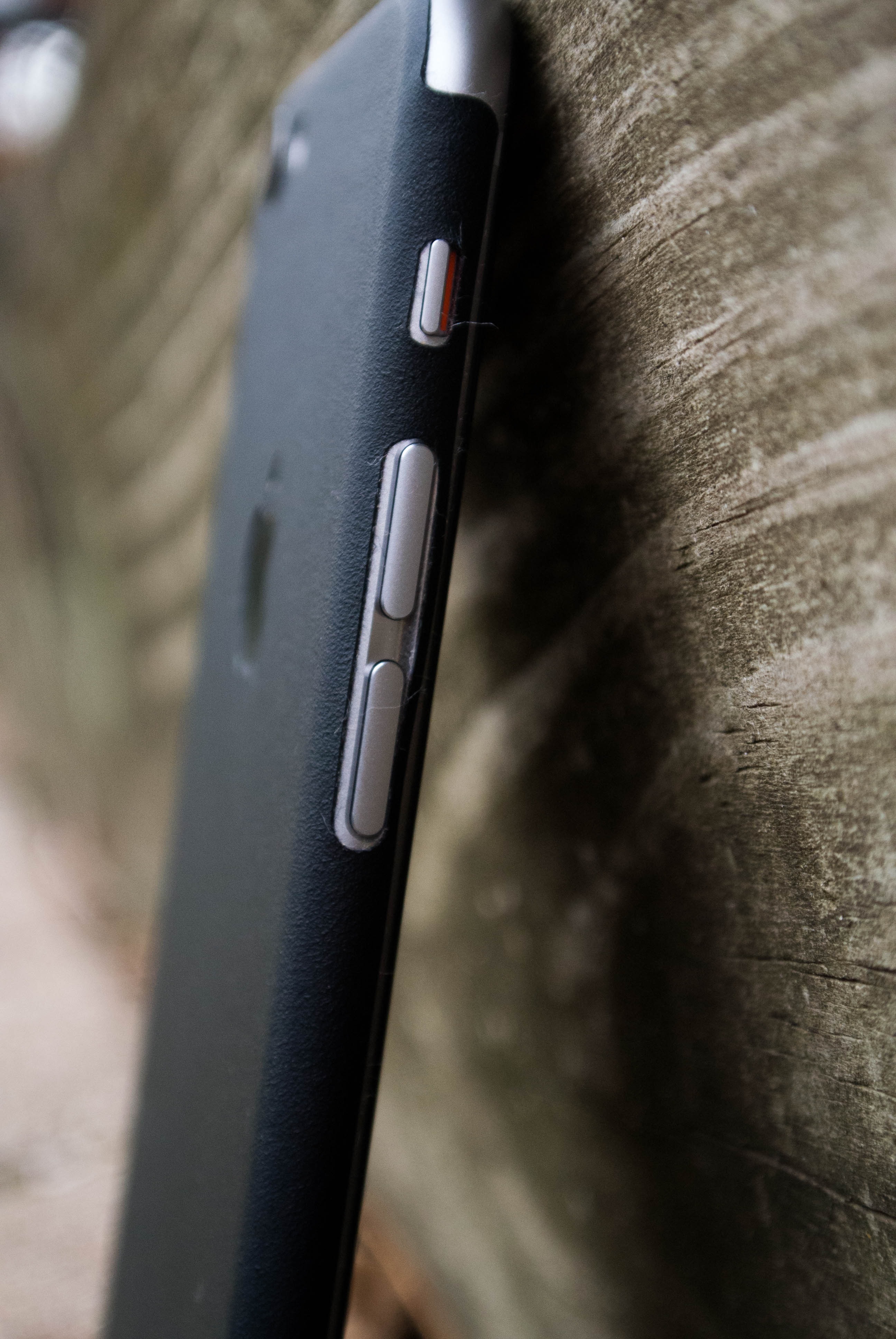 It's not a big deal in day-to-day use, but it does make muting my phone a little harder. I could have fixed this by lining things up again, but I was too deep in by the point I realized this error. All things considered, this isn't that bad, but consider the precision needed if you have a hard time with tiny detail work like this.

But like I said, the phone looks great with this skin. Even the sides, something I was worried about, are cut off at exactly the right spot so that they look natural.

The only complaint I have with the skin is that the edges are noticable to the touch and tend to gather debris from inside my pocket. 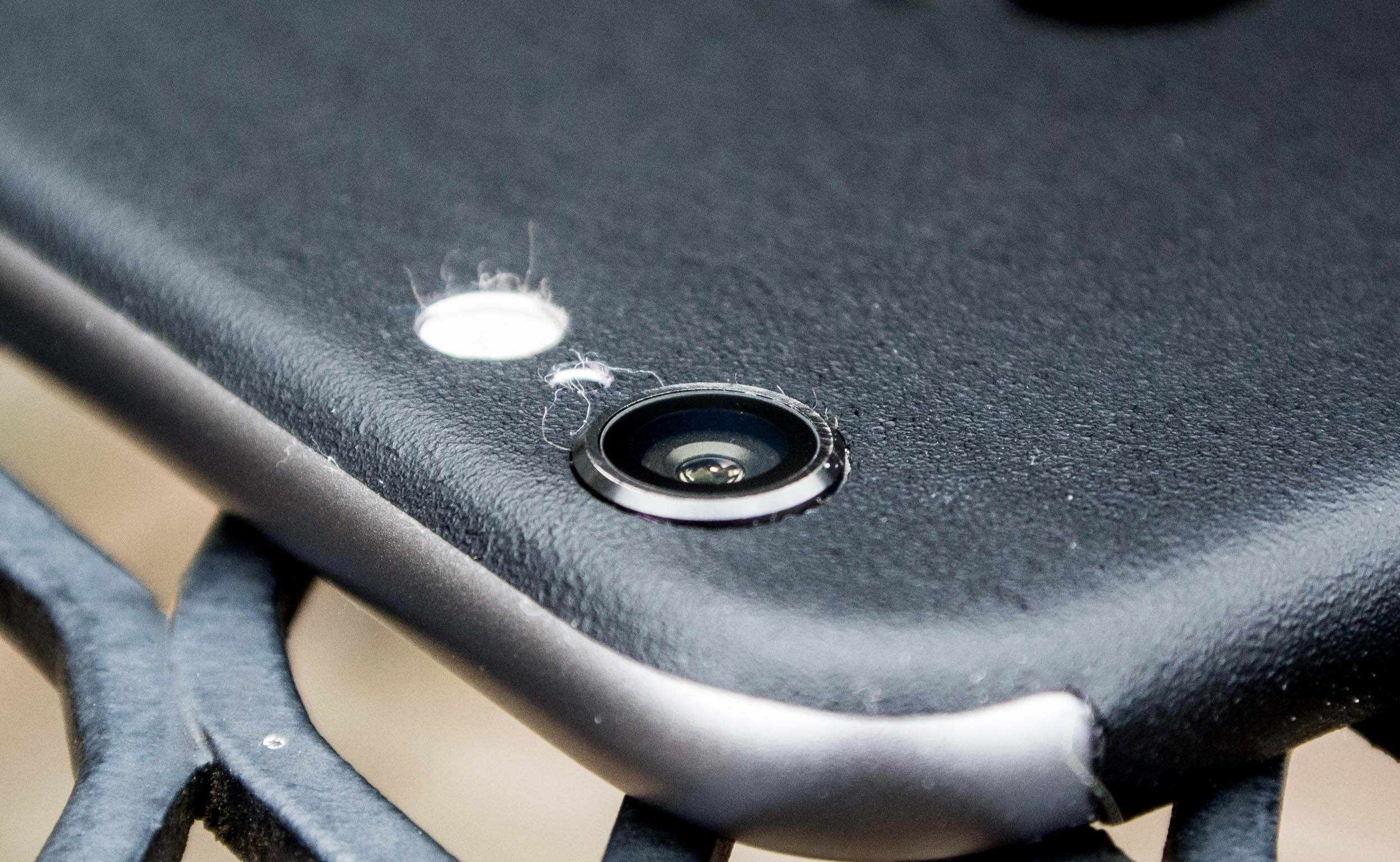 UPDATE: After more use, this is no longer a problem. I no longer ever have cruft collecting on the phone.

So should you buy a dbrand skin? As with most things, it depends. If you are looking for something that is going to protect your phone from a fall, this won't do. The skin provides precisely ZERO protection to your screen if you drop it. However, if you just want to add a little grippiness or style to your phone, then this skin is a great investment. And at just $12 for most of their phone skins, it's not the end of the world if you don't like it (it's even thin enough that your phone will still fit in most cases with the skin still there).

You can customize your own skin or browse their many other device skins here.

This week's show is late (first time ever), so I'm making up…